Can you be successful in three different branches of entertainment? Jamie Foxx (December 13, 1967) has shown that it is. Over the years, he has built a successful career in music, comedy, and acting. Next, we invite you to read Jamie Foxx net worth, lifestyle, and comedian career so that you know all those details that led him to fame.

Today, Eric Marlon Bishop, known throughout the world as Jamie Foxx, was born in Texas on December 13, 1967. After his parents’ divorce, he lived with his grandparents. From them, he inherited his passion for soul, R&B, funk, and other subgenres. Thanks to them, he was encouraged to take piano lessons and sing in the church choir from a very young age. 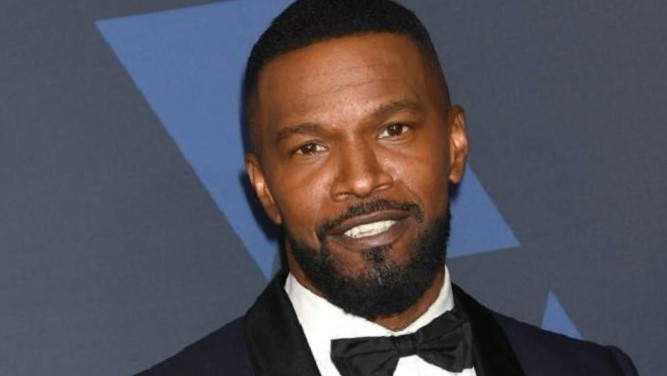 As is to be expected, his taste for music began at a very young age, approximately 4 years old. In addition, during his childhood, he was also part of the renowned American youth organization the Boys Scouts, and from then on, he had a disciplined attitude.

Later, Jamie Foxx was awarded a scholarship to the University of San Diego to study classical piano and music theory. In addition to his love of music, he was into sports, so he also played golf from a young age and was a quarterback on the college football team.

I have been a sports fan my whole life, and like most actors, I am convinced that I could have been a professional athlete if Hollywood hadn’t called me, of course.

Jamie Foxx’s net worth is estimated at 150 million dollars. Foxx has been in trouble with the law on several occasions. In 2003 he argued with the security guards at a casino, for which he was arrested and put on probation for two years. Jamie Foxx preferred to keep the mothers of his daughters anonymous for years, arguing that it is better to keep the secret of who he is dating. However, even though they denied it for years, it is already known that the musician himself has had a love relationship with actress Katie Holmes since 2013. The first time they posed together for the press was at the 2019 MET gala. The stage name Jamie Foxx was born thanks to the comedy because it was shorter and more comfortable to remember when he appeared in their stand-up shows.

By the summer of 1994, he launched Peep this, his first album of genre R & B and hip hop soul. Despite not having obtained the expected sales, the album reached number 78 on “Billboard 200”. A decade later, in 2005, he released his second album, Unpredictable, which debuted on the same list and reached second place, after selling more than 500,000 copies in a week.

Among his collaborations with other artists, Jamie Foxx participated in the introduction and two verses of the song Slow Jamz with Twista and Kanye West. This song, released at the end of 2003, was part of the album Kamikaze by Twista and was positioned in the first place of the “Billboards Hot 100“.

In 2005 he was the protagonist of another musical success with Kanye West thanks to the theme Gold Digger, which was in first place for almost three months. Also, in 2005, he collaborated with Ludacris and Field Mob on the song Georgia. That same year, he was with Alicia Keys and Quincy Jones singing Georgia on My Mind as a tribute to soul singer Ray Charles.

Jamie Foxx: between comedy and acting

Jamie Foxx was famous among his friends for his ability to tell jokes, but soon this skill – fused with his acting talent – brought him to the big screen. Its first important participation was in 1997 with a sex comedy called Sex yes but surely.

Two years later, in the movie Any Given Sunday, he played an arrogant football player who, deep down, was terrified of failure. From that moment, he showed that his talent for acting went far beyond comedy.

Jamie Foxx was the protagonist in the film Ray, which shows the life of the legendary blues musician Ray Charles, who, despite being blind and born in an environment of poverty, managed to be a musical legend. His highly moving staging earned him an Oscar and best actor recognition at the Golden Globes and Academy Awards in 2004.