Movies to watch with friends

Gathering a group of loved ones, funny guys, or colleagues for an evening with friends in front of the TV can be a great idea to turn the evening and have beneficial effects, such as relaxing your mind and helping you disconnect. For a few hours, the plug from the usual daily tram, from thoughts related to study or work. 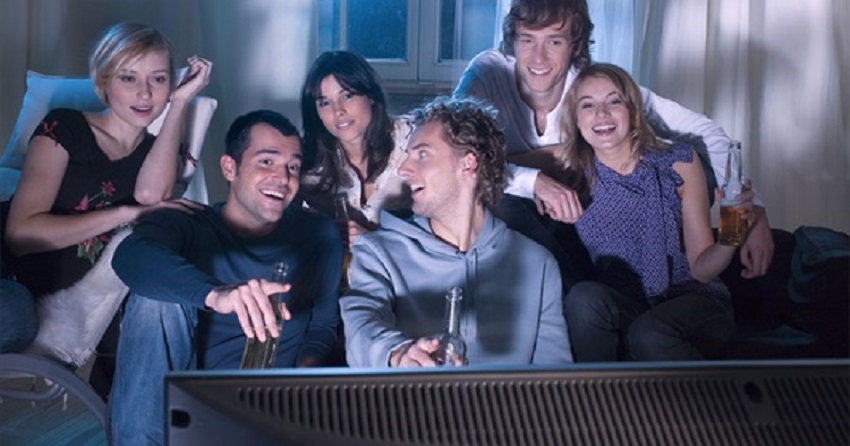 Once you have proposed the idea of movies to watch with friends, all you have to do is give a theme to the evening, through the kind of film you choose. But how do you choose the right film?

Movies to watch with friends

You start gathering your friends and making popcorn and chips. You will find the solution to everything else in the rest of this article. Don’t miss the next few paragraphs and you will certainly know how to choose the movies to watch with friends.

Recommended movies to watch with friends: from comedians to horror

The first problem to be solved is: which genre to choose for a film to see with friends? The possible answers are many. They range from funny films, therefore comical, to terrifying horror, up to classic films to watch on Saturday night. Without forgetting the romantic comedies. A non-trivial choice, which depends above all on your and your friends’ tastes. Often, on these occasions, the focus is on comedy films, but if you like to tease your friends and see how brave they are, even a horror movie can become a laugh in a way. Finally, there is no romantic films shortage to see if with you, perhaps, there is also a boy or girl you like. This is why we have compiled a truly complete and varied top ten for you. Find out in the next paragraphs.

Comic movies to watch with friends

Let’s start with fun movies to see friends. From this category, we have selected 5 films to be included in our top ten.

Released in theaters in 2009, it tells the misadventures of a group of four friends from Los Angeles who decide to spend a weekend in Las Vegas for the bachelor party of one of them. However, after an unforgettable night, three of them wake up in their devastated suite with no trace of the groom. To play our “heroes” are Bradley Cooper, Ed Helms, Zach Galifianakis, Justin Bartha, and Heather Graham. Among the special guest’s Mike Tyson;

Bad Neighbors are streaming on Infinity or DVD. A goliardic comedy that revolves around the no-holds-barred neighborhood war between an American family and two university brotherhoods. Who will win?

Not a film, but an entire saga that marked several generations that grew up from the 90s and 2000s onwards, centered on the first sentimental and sexual adventures of a bizarre group of young people;

Comedy movies to see three men and one leg. In its purest form, comedy has been perhaps the most successful Italian comedy film since 1997. The masterpiece par excellence of the famous trio composed by Aldo, Giovanni, and Giacomo, as well as their first cinematographic experience;

Among the greatest comic films ever. Just scroll through the cast’s names to be able to guess their genius: from Totò to Vittorio Gassman, Marcello Mastroianni, Claudia Cardinale, and others.

Maybe we can’t count them among the funny movies 2017 or even more recent, but they are all quite new and, above all, super nice and perfect for a pleasant and carefree evening with friends.

We continue our guide on films to see with friends, slowly changing genres. There are, in fact, some comedies that manage to mix comedy and romance. We have chosen three in particular, which enrich our top ten, adding to the five comic proposals that we have already unveiled.

Sex and the City

If you know the TV series, but you missed the two films from it, you have to fix it. The film was released in theaters in 2008 and the plot incorporates characters and themes already appreciated in the version for the small screen three years after the end of the well-known series that tells the love life and friendship between four single women who live and work in New York: Carrie, also narrator, Charlotte, Miranda, and Samantha. In short, the ideal film for a fun, romantic, and even a little spicy evening among women;

Black humor, gags are bordering on impropriety, but also romanticism, albeit demonstrated with low blows. An extraordinary Cameron Diaz, the beautiful Mary that everyone is trying to conquer, and a Ben Stiller in one of his first performances for the general public, made this film a cult film of the late 90s;

Can there be romance in a relationship that is apparently based solely on sex? Find out in this film starring Mila Kunis and Justin Timberlake as two “friends with benefits.” Will the two protagonists be able to keep any possible implication or sentimental involvement at a safe distance?

And so our top ten arrives on films to see with friends reaches 8 out of 10. Ready to find out what else is missing to reach double figures? Then don’t miss the last paragraph of this exciting Unicusano guide.

Horror movies to see in the company

Here we are with horror movies to watch with friends. A genre that is always better not to see alone, because fear could increase, but also because it could take an ironic turn in the company. Maybe it will provoke “hysterical” laughter, but it will help ease the tension and make fun of friends.

First in a series of four films. The protagonist of the story is the young Sidney, who, exactly one year after the murder of her mother, falls back into terror. Woodsboro, the small town in California where he lives, is the prey of a serial killer with an unknown face. He usually uses a mask inspired by Munch’s famous “Scream.” To unite the victim’s something in common with Sidney and the passion for horror films. And speaking of American comedy films, the famous Scary Movie is also not bad. Also, within Scream, there are sarcastic quotes about the other horror films;

I know what you did.  We move to Southport, a small town in North Carolina overlooking the ocean from Scream’s California. Right here, four friends spend their last summer before college. Following the celebrations, in the throes of alcohol, they end up investing in a man. In a confused and frightened state, they decide not to call the police but to get rid of the victim’s body and sign a pact to keep what happened a secret. Will they be able to keep the truth hidden or will it come back to haunt them?