Cinema is one of the largest industries at the moment, and precisely for that reason, there are many productions. However, the ones we usually see are the most popular, but what about what’s “behind the scenes”? We bring you a list of 10 movies that are most certainly unknown to us.

The following is a list of films in which you can even find well-known Hollywood actors. But they did not become so popular with the public for one reason or another. Here are some good but unknown movies for you to give them a weekend marathon. 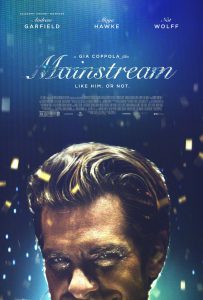 Starting with a dramatic comedy full of satires and criticisms towards the new YouTubers and influencers, we can find one of our favorite Spiderman protagonists: Andrew Garfield.

By its Spanish name, Conventional follows the story of two young men, Link, and Frankie, who create a YouTube channel that unexpectedly goes viral. With the help of another friend, they begin to create videos criticizing everything about the economy and business, with Link as the protagonist, playing an alter ego called No One Special. But when fame rises and his YouTube channel goes to the small screen, No One Special seems to transform into everything he used to criticize.

The following is a fairly recent thriller that tells the story of two young brothers who decide to carry out a robbery to pay for their sick mother’s medicines. But when the security guard discovers them, everything spirals out of control.

They will then decide to leave it trapped at the bottom of a well where it accidentally falls, although this seems to bring them an unexpected list of problems.

Don’t tell a soul premiered in 2020 and although it is a relatively short film (with a duration of 1h 23 minutes), it has a good plot and quite good performances.

Also known as “Immune” in Spanish, it is a science-fiction thriller with a story about the pandemic we are currently experiencing. Yes, it is about COVID19, but worse. Songbird also has a cast of actors that you will surely recognize as KJ Apa, Alexandra Daddario, and Sofia Carson.

Planet Earth is experiencing its fourth year of strict confinement when COVID-23 mutates again. Seeking to save the love of his life, a man walks the lonely streets seeking to reach her. We should mention that Songbird is the producer of “The Purge” to give you an idea of ​​what you will see in this movie.

Also known as The Stand-In is a Netflix movie that strangely did not have the reception that was expected from the platform’s subscribers.

Starring Drew Barrymore, it follows Candy, a movie star and comedian who must perform community service to evade taxes. But since she is not willing to do it, she decides to hire a double to fulfill that role.

When their classmates start exploding and burning for no apparent reason, Dylan and Mara must manage to figure out what’s going on and survive in the process.

Spontaneous is a fantasy comedy based on a book. It has as protagonist the actress Katherine Langford who we can recognize for her participation in the series 13 Reasons Why.

The following is a 2019 mystery thriller movie. Like Spontaneous, Saving Zoe is based on the Alyson Noel novel of the same name.

Determined to solve the murder of her sister Zoe, Echo devises a plan. Everything will become more complicated when she finds her diary and with it, she immerses herself in the dark life that Zoe used to have.

A hacker, a librarian, and a girl accidentally get involved in a recruiting game for a secret society on the Dark Web. Dark Web premiered on March 12, 2021, and is currently available in digital media only on demand.

This is one of the most current films of this count, starring Tom Holland. It follows a bank robber who becomes addicted to drugs after serving as a soldier in the army and suffering from post-traumatic stress disorder.

And although the professional criticism was quite harsh on the story, specifically criticizing the excesses of the action scenes and the script, it was very well received by the audience, especially for the interpretation of Holland.

Locked Down is a romantic comedy that will remind us of the movies of the 2000s. Starring Anne Hathaway, it premiered on January 14, 2021. Set in the COVID19 pandemic, it follows the story of a separated couple who decide to put their differences aside and plan the robbery of one of London’s most famous jewelers.

Finally, in this count, we have a movie that we can find on Amazon Prime. Starring Shailene Woodley, known for starring in the “Divergent” saga, and Sam Claflin, star of the romance “Me Before You.”

Adrift follows the story of Tami and Richard, two engaged boys who set out on a long ocean voyage. But when a storm hits their yacht, Tami wakes up to find that Richard is seriously injured. She will then have to manage on her own to save them both, but during the journey, several doubts begin to arise.

Do you know some other unknown movies that we should know about?

You may also like to read, The 150 Best Adventure Movies in History