Do you want to have a laugh alone or in the company of your cat? Among the best comedy series in the Amazon Prime Video catalog, we can find some of the best in the history of television (and streaming ), and for those, it is worth pausing life and enjoying yourself in front of the screen in the living room. At the end of the day, we are talking about series as essential as ‘The Office’, although we are also going to demonstrate the wide variety of titles offered by the platform beyond its most iconic signings.

Be careful, let’s not forget about classics like ‘Seinfeld‘, the series that is about nothing and about everything, or much more current phenomena like ‘The Big Bang Theory, a sitcom to conquer all the nerds on the planet and launch to fame the great Kaley Cuoco (who now succeeds only thanks to ‘The Flight Attendant’ on HBO Max ). 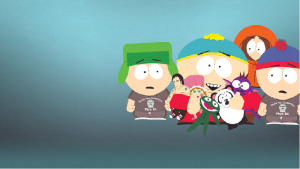 Kenny is dead! Again! The best episodes of ‘South Park’ attest to how hilarious, raunchy, and unleashed this legendary animated series is. Created by Trey Parker and Matt Stone, each episode focuses on the adventures (or, rather, antics) of four elementary school boys ( Stan, Kyle, Eric, and Kenny ) in a Colorado town. From there, we already know that these four friends are not the most educated or politically correct. But you’re going to want to keep hitting ‘Watch next episode’.

This series offered us a fun mix between ‘The Good Place’ and the movie ‘Ghost’ and became one of the most underrated on the platform. And that is created by Greg Daniels, co-creator of the successful ‘The Office’ and ‘Parks and recreation. Amazon Prime Video’s ‘Upload’ is set in the year 2033, where young programmer Nathan Brown ( Robbie Amell ) suffers an accident and, faced with the prospect of premature death in the operating room, decides to have his mind inserted into a virtual environment in the one to live forever. But it turns out that there are more mysteries to unravel in the circumstances of his death, and he will be able to do it from this kind of Beyond.

In its six seasons, ‘Superstore’ tells us about the daily life of the employees of a department store, through team meetings, salary tensions, or love affairs that are born in the work environment. Created by Justin Spitzer, it’s a fun sitcom with classic vibes and modern sensibilities starring America Ferrera (‘Bety’) and Ben Feldman (‘Mad Men’).

Among the best medical series in the history of television, we can safely count ‘Scrubs’, which tells the stories of a group of hospital employees. Now, everything is subject to the perspective of his protagonist, JD (Zach Braff), and his daily fantasies of him with his companions of him, and especially with his companions of him. Created by Bill Lawrence, it is tremendously original and daring in its way, and also very funny.

Created by Joey Soloway and adapted from the novel by Chris Kraus, this series shines with its own light thanks to its exploration of the creative process, museums, and inspiration. It does so through a marital crisis between independent film director Chris (Kathryn Hahn) and her husband Ella Sylvere (Griffin Dunne), who becomes obsessed with a charismatic professor named Dick (Kevin Bacon). His salvation from him or his downfall from him?

The End Of Comedy

And post-humor came to Amazon Prime Video at the hands of Ignatius Farray, one of the most different and extreme comedians of the moment. His way of understanding comedy is embodied in this series, which already has two seasons, and in which Farray opens up the channel both in his professional and personal life. And the fact is that behind the man who fills theaters and bars there is a divorced father in the midst of a mid-life crisis.

In just three episodes, this series directed by Stephen Frears manages to catch us and convince us. That’s why it’s one of the best short series to binge-watch. The series, starring Hugh Grant and Ben Wishaw, tells the shocking true story of the first British politician to stand trial for attempted murder in the late 1960s.

This series created by Amy Sherman-Palladino lacked hands to hold all the awards it won for its first season, in which it introduces us to Midge ( Rachel Brosnahan ), a perfect wife who has to rebuild her life by exploiting something she never did. he had thought he was so good at comedy. With the help of her curmudgeonly manager Susie ( Alex Borstein ), she will fight to find a place on the New York stage of the 1950s, when it was not unusual for women to make a living as stand-up comedians.